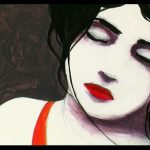 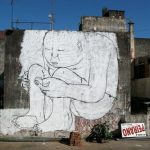 ANIMAZIONI! reveals Italy’s contemporary animation scene through 17 short films. The devil, a beautiful woman, the staring eyes of a disembodied head… There is often a dream-like quality in these films, fleeting glimpses of mysterious spaces inhabited by nameless beings suspended in time. A painterly tradition shines through — but also a powerful impulse to break the chains of convention. Perhaps you’ve seen one of BLU’s colossal graffiti animations, where mutating giants scramble across the sides of actual buildings? (If not, you must!) You’ll see this along with a host of artists that won’t be experienced anywhere else. Giovanni Munari, an Italian animator traveling abroad, brought these films along with him in his suitcase, hoping to find an audience in the USA. Acting as Portland’s animation embassy, ASIFA and Cascade ACM SIGGRAPH are proud to help share this rare, international gift.

ASIFA Portland is the Portland, Oregon chapter of the international animation society, the Association International du Film d’Animation. ASIFA exists to boost the art of animation and the community that practices it, promoting a free exchange of ideas both locally and internationally. We celebrate a decades-old animation scene known for groundbreaking independents, big-budget feature filmmaking, and a world-class animation festival.