The SIGGRAPH Computer Animation Festival is the leading annual festival for the world’s most innovative, accomplished, and amazing digital film and video creators. An internationally recognized jury receives hundreds of submissions and presents the best work of the including outstanding achievements in animated feature and short films, scientific visualization, visual effects, real-time graphics, game excerpts, and much more. Since 1999, several works originally presented have been nominated for or have received a Best Animated Short Academy Award.

Emily Hsu, Production Sessions Chair for SIGGRAPH 2017 will speak about the CAF 2016 Traveling Show, some of the shorts, and submitting work to the festival. 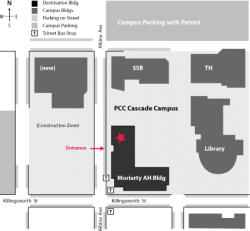 Emily Hsu is the Production Sessions Chair for SIGGRAPH 2017 in Los Angeles (July 30 – August 3, 2017). She also happens to have a day job here in the Pacific Northwest as a Production Coordinator at LAIKA in Hillsboro, Oregon. Emily started out in the industry as a Recruiting Intern at PDI/DreamWorks, where she first learned about SIGGRAPH when half the company seemed to be out of the office during the week of the conference! The following year, she decided to join the fun and see what it was all about as a Student Volunteer for SIGGRAPH 2010 and quickly fell in love with the conference and all it had to offer, eventually volunteering more time as a Team Leader, a Subcommittee member, and now a Committee Chair. A graduate of UC Berkeley, she holds dual degrees in Business Admin and Film & Media Studies. Before becoming a proud member of the LAIKA team, she also had work experiences at companies including Pixar, Allied-THA, Sony DADC, and CBS Radio’s 99.7 NOW.

About the Local Chapter