Paul Anderson (Secretary and Web Master) — an independent film director and web developer, he has been involved in multimedia since 1997, in radio and video. He attended PCC’s video internship program, and worked as an independent videographer and editor; and studied web development. Paul produced and directed a handful of comedy skits and short films, several for weekend film festivals; he has also worked on a few feature films and web shows in various production roles. For the last few years, Paul has worked for a few web development houses in Portland and remotely, focusing primarily as a WordPress developer. He is currently learning Blender 3D, enhancing coding skills and developing a noir comedy.

Demetra Auel (Past Chair) — a visual and instructional designer with a Masters in Applied Information Management and Bachelors in Mathematics. She recently studied video and sound production and has an extensive background in marketing and teaching multimedia and business applications. She has been the chair and vice chair of Cascade ACM SIGGRAPH and enjoys IA, organizational coordination and leadership; she currently works with the board and the local CG Community by night, and creates effective web, print and graphic content by day. She currently serves on the SIGGRAPH Professional and Student Chapters Committee (PSCC) and is looking forward to training a replacement as chair and continuing to cross-train the Cascade Chapter board of officers and members-at-large.

PJ Gilmour (Treasurer) — a multimedia designer and life-long Portland resident, he trained as a graphic designer and desktop publisher at Oregon Polytechnic Institute in Portland in 1997. Through the Trade Act, he completed the Multimedia design degree program at PCC Cascade in 2014. While at PCC he restarted and ran the Multimedia Club as its President, and proceeding this was a Cub Scout Committee Chair for four years, sat on a PTA three times and was a volunteer parent at all of his son’s schools up through graduation from Roosevelt in 2016. He trained in Maya and Adobe Creative Suite; he enjoys experimenting with Augmented Reality and Digital Mapping Projection. PJ has been married for 25 years, is a freelance multimedia designer, has two cats and is a fan of all things Star Wars and hard rock music.

John Hartman (Social Media Manager) — has spent over two decades developing media and digital experiences, from feature films to interactive virtual worlds, he crafted media experiences for entertainment properties and commercially for some of the biggest brands on the planet. He attended the University of Oregon and studied multimedia design and video production at the Art Institute of Seattle. He has worked with NASA, Environmental Literacy Council, Earth 911, Cosmos Studios, The Jane Goodall Institute, M.I.T., Boston University, H.A.R.C. and a litany of other organizations and universities helping them integrate their data and designing tools to facilitate portal management, working to figure out how to visualize data and tell stories in 3D spaces. Recently John was the senior architect for a state of the art post production facility focused on 4K and 360° workflows for feature films. John’s office was in the “Think Tank,” an experimental media environment where you would find Realsense cameras and Oculus headsets as well as other technologies to R&D the coming media landscape. He comes to the SIGGRAPH team with broad knowledge, including having taught classes on Social Media.

Fred Ruff (Vice Chair) — is the Executive Producer and owner of Refuge Studio. He started in graphics when Windows didn’t even exist, and monitors were either green or amber. He got into 3D via 3d studio back in the early 90s. This propelled him to get a job in broadcast graphics in NY, doing flying logos for different products and networks like Sci-Fi channel and the USA network. He then moved to San Francisco to work on video games at Crystal Dynamics. The PlayStation was coming out and needed content. After a run at that, he landed a job as an application engineer for Kinetix — a division of Autodesk, demonstrating 3D studio Max. Eventually, he became the product designer of 3d studio and did so for several years before heading up a team to design a next generation software for Autodesk. After that, he moved to Portland and started a CG division at Bent Image Lab and ran that for seven years before launching his own studio in 2013, having done several TV shows and a few films. SIGGRAPH is a big deal for him. He knows it’s where things are learned and shared within a community of people. He’s been attending the show for years and has quite a collection of walking teapots from Pixar. He is looking forward to helping raise awareness of the Cascade ACM SIGGRAPH chapter.

Kendall Auel (Board Member at Large) — a senior software development engineer with more than 35 years experience writing code. He began his career in the early days of 3D computer-aided design, developing interactive graphics systems for mechanical and electronic design automation. Most of his career has been focused on writing embedded control code for a variety of commercial products, including 3D computer graphics processors, digital projectors, HDTV systems, color printers and copiers for the office, graphics for live television production switchers, and most recently for 3D printers. He’s most excited by the way technology has become accessible to help create engaging and expressive works of art.

Fran Benjamin (Board Member at Large)— actively involved in SIGGRAPH since 1993, Fran has served in a variety of leadership positions including Secretary, Treasurer, and Chair for local professional SIGGRAPH chapters. She served as Secretary of the Cascade Chapter, as well as been an officer for three years. She has assisted with meetings and identified quality speakers for events. Her goals include arranging for “kick-ass,” cutting-edge computer graphics speakers to visit Portland and to help the Board as needed to create a CG crucible. She is currently the RnD Technical Director at the Mill, working on cool stuff such as integrating ftrack into Houdini, integrating a proprietary asset manager software into Houdini, solving artist’s issues, and generally having a fun time.

Sven Bonnichsen (Board Member at Large) — a visionary arts and culture activist. His focus: sustaining a robust Portland animation ecology. Current organizational roles include being founder/director of the Northwest Animation Festival (2010), President of ASIFA Portland (2012), Board Member at Large with Cascade ACM SIGGRAPH (2014), and Advisory Board member for Seattle-based Haptic Animation Amplifier (2015). He’s a bridge-builder who’s forged strong relationships with local studios, schools, freelancers, and indie artists — and routinely works with international animators around the world. During the past five years he has organized more than 100 screenings and animation-related events.

AJ DeFlaminis (Board Member at Large)— a long-time board member of Cascade ACM SIGGRAPH, AJ has worked as the Visual FX Lead at Supergenius Studio, an Instructor at the Art Institute of Portland, a 3D training contractor at 3DV, the Rendering Lead of Liquid Development, a Modeling Instructor, and a Technical Director at Bent Image Lab for three and a half years. He has experience in every part of the CG pipeline and also has a small business making games for the iPhone and iTouch. He currently works at Autodesk.

Sarah DeFlaminis (Board Member at Large) — received her Associate’s of Applied Sciences in Visual Communications from ITT Technical Institute in March 2010, and later went on to pursue a Bachelor’s of Science degree at the Art Institute of Portland. She graduated in September 2013 with a B.S. in Design Visualization. Since graduation from the Art Institute, she has been working as a Technical Director for Bent Image Lab. In her spare time, Sarah freelances as a Graphic Designer, mostly doing pro-bono work for local churches and schools.

Michael Lorenzo (Board Member at Large) — past Vice Chair of Cascade ACM SIGGRAPH but recently accepted an offer to develop games in Barcelona, Spain. He also has taught game production at AI Portland and PCC’s Multimedia Department at Cascade. The chapter thanks him for his service and wishes him well in his new endeavors. He will remotely consult the chapter with his experience and passion for creating quality events in Portland, with PIGSquad and other local organizations.

Jeffrey Sens (Board Member at Large) — co-founder and Co-Executive Director of Pixel Arts Game Education, he regularly leads “youth making games together” programs and trains volunteers, educators, and organizational leaders in maker-based learning and STEAM (Science, Technology, Engineering, Art, and Math). Jeffrey taught at the University of Iowa, Syracuse University, and University of San Francisco. He earned a M.S. in Communications from the Ohio State University and pursued a doctorate in Communication Studies at the University of Iowa. He currently serves as a Youth-Adult Partnership facilitator for the Mythos Youth Council and community organizes with several collaboratives including Hive Cascadia, the N/NE STEAM Coalition, and the Portland Metro STEM Partnership Collaboratory.

Greg Walters (Board Member at Large)— multimedia coordinator at the Portland Community College, Cascade Campus, has been serving the computer graphics community for many years. He also serves as the PCC Multimedia Club Advisor and has a passion for multimedia and great personal skills for helping people attain their goals. Greg has been an active member of Cascade ACM SIGGRAPH for over five years and enjoys hosting meetings and events on a regular basis.

Christina Mayes (Board Member at Large) — a Portland-based animation and design professional with an interest in bringing together the PDX and Southern Washington electronic arts communities in order to share knowledge and work. She possesses a love of teaching, creative expression and finds joy in enabling artists and designers to collaborate and network together. As an artist Christina has worked professionally in animation and design for eight years on hundreds of projects. In her free time she likes to garden, exercise and play video games.

The Chair oversees and promotes the entire chapter and interfaces with ACM SIGGRAPH and other organizations.

The Vice Chair manages and creates the events programs; runs the programming committee meeting at the beginning of the season.

The Secretary manages the members and membership and takes minutes.

The Treasurer manages the finances, banking, governmental filings and files the annual report.

The Board Members at Large serve as a pool of experts and consultants for the board, either as past officers or as potential new officers. 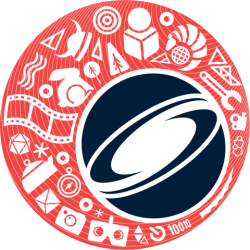 Join: become a member of our chapter on the Membership Page or join our leadership team by emailing the chapter with your interest, at cascadesiggraph@gmail.com.