at Best of the NW Animation Festival 2011

If you missed Portland’s first NW Animation Festival this summer, here’s a second chance. “Best of the Fest” showcases 28 short films from around the world that are in turn funny, heart-touching, and profound. This special one-night event includes films from two Oscar-nominees, and many other award-winning artists. Attending filmmakers will answer questions from the audience following each block of shorts.

A feast for animation lovers, there are delights here for every taste. Just Can’t Trust a Drunk Ninja hilariously warns us about the danger of intoxicated, weapon-carrying ninjas. The Nose, based on a story by Nikolai Gogol, tells the surreal tale of a vain civil servant who wakes up one morning to find that his own nose has disappeared. The Lighthouse touchingly portrays a father’s unwavering, life-long support of his son’s dreams — like a lighthouse forever lighting for the boats.

Saturday September 10 — one night only, with two different shorts blocks at 7 and 9 pm.

In addition to street parking around the theatre, Hollywood patrons can park in the Broadway Medical Clinic lot (4212 NE Broadway). 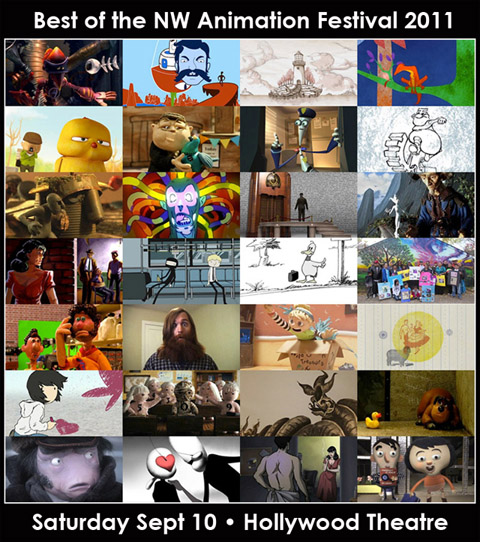