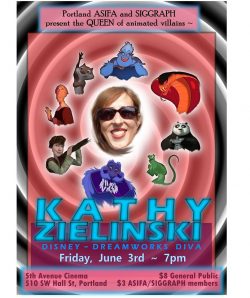 shares her work as an animator

Enjoy an evening with animation star Kathy Zielinski.  She animated classic villains and heroes for over three decades at Disney, Dreamworks, and other major studios, working on dozens of feature films from the Little Mermaid to the Book of Life. She is currently exploring animation in live action feature and television projects.

Ms. Zelinski will present her journey in the art and business of animation, discuss working as a woman in a largely male art field, her transition from drawn-2D to 3D animation, and offer artistic and technical advice through her personal stories and visual history. She will show her stills and stunning classic animation.

Kathy is listed at the 50 Most Influential Disney Animators and one of the first women to have earned a credit of supervising animator on a Disney film. She is known for her work on Frozen (2013), How to Train Your Dragon (2010) and Kung Fu Panda (2008).

Street parking is available. Multiple MAX light rail and bus lines run near the venue, so look for transportation going to the PSU campus. 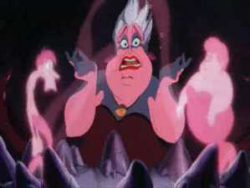